Recently I received a book in the post. The words were written by an author I’d never heard of and it was translated into a language I can’t understand… So why would I spend my money on a book like this? Two words. Luigi Serafini.

Many may be familiar with Serafini’s name for his most famous piece, the iconic Codex Seraphinianus, a compendium filled with bizarre and surreal illustrations of an imaginary world, annotated with text written in an indecipherable imaginary language. The Codex, originally published in 1981, has been boggling the minds of readers ever since the day it was released [See here for more pictures]. However, Serafini has also worked on a small selection of other projects throughout the last 30 years, many of which are extremely rare, expensive, and difficult to get hold of. So when I stumbled across a copy of Storie Naturali, I jumped at the chance to get my hands on some of Serafini’s work. 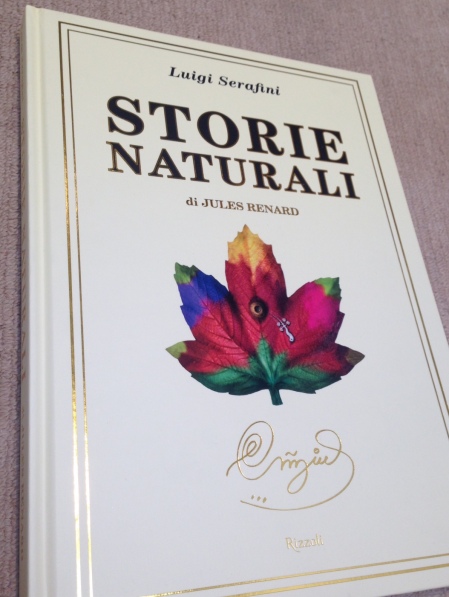 Storie Naturali was originally written by French author Jules Renard under the name Histoires Naturelles, a book which contains a series ‘direct psychological observations’ of the natural world. The book also shares a name with Pliny’s encyclopedia Naturalis Historia (Natural Histories) which was one of the key influences for Serafini’s Codex. Serafini’s illustrated edition was first published to commemorate the 100th anniversary of Renard’s death (1864-1910) and contains a Latin translation of the French writer’s epigrams accompanied by an autumn of wonderfully illustrated leaves. Now this might not sound particularly odd to anyone unfamiliar with the Italian artist’s work but natural objects created by the mind of Luigi Sarafini are perhaps some of the most unnatural natural objects you could imagine. (As anyone who’s seen pictures of the Codex can attest to!)

Although the text inside the book is Renard’s, the world Serafini creates is very much his own. The illustrations themselves aren’t as much illustrations of the original as they are gateways into the mind of Serafini, a mind that runs according to its own logic and follows its own rules. The world he creates is in some respects a mirror of our own, the leaves are based off the standard biological blueprint of leaves found in our world, yet they contain a variety of progressively bizarre characteristics. One leaf might feature a microscopic tennis game being played on its surface, another is adorned with a collection creatures from the Codex, and another may be rectangular ladybird eating rectangular holes out of a rectangular leaf (see below).

As might be expected from Serafini, this isn’t your average illustration job.

The great thing about Serafini’s work is that invites the reader (or viewer) to interpret all of the little minute details that he puts into objects that would ordinarily seem mundane. And as with any good surrealist artwork you are constantly second guessing what each picture means and trying to figure out what exactly the artist was trying to get across, however, with Serafini these meanings are often as playful as they are bizarre, and as amusing as they are surreal. As the Rare Books Digest states:

If Sarafini’s drawings were any less enigmatic it would be quite possible that his books would also be less popular. The peculiarity factor has definitely contributed to the astounding success of the Codex Seraphinianus, and the rest of his work in general. Making Storie Naturali any more clear to understand could quite possibly result in the work losing some of its appeal.

So in conclusion, although this book was written by an author I’d never heard in a language I can’t speak, it’s been one of the best book purchases I’ve made in long while! Serafini seems to create artwork that can keep you captivated for hours, and although I can’t read the text in here —something that seems to be a standard feature of Serafini’s work!— it’s still a great joy flicking through the pages and trying to get a deeper insight into Serafini’s world.

For more information on this book and Luigi Serafini see here. 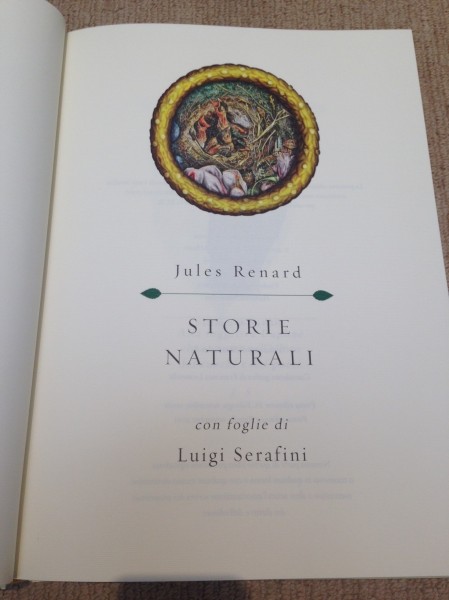 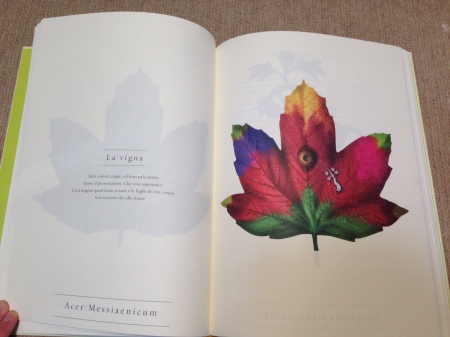 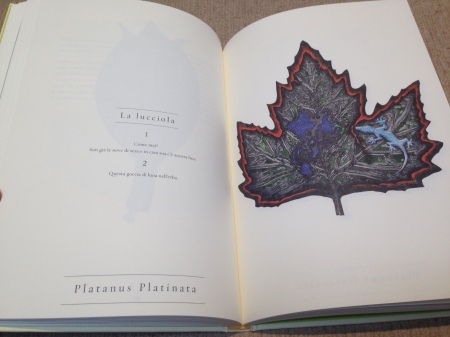 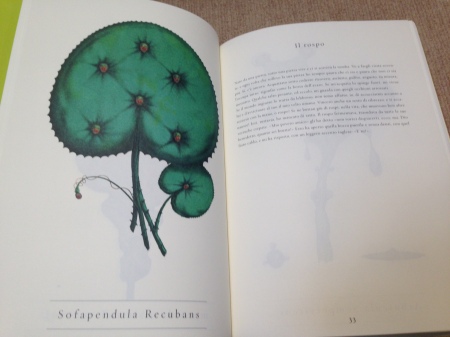 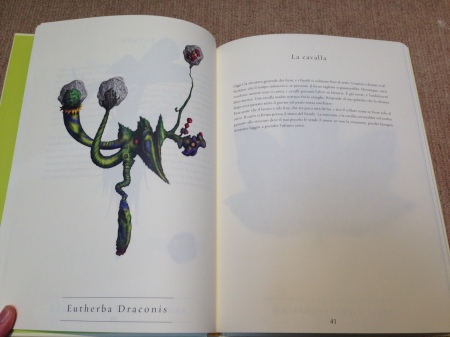 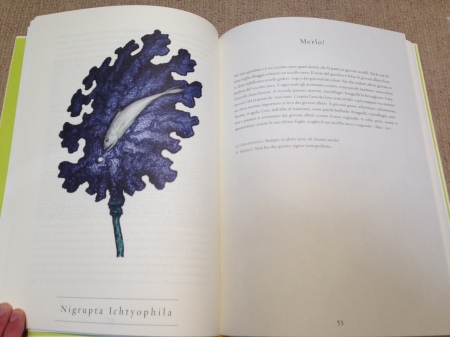 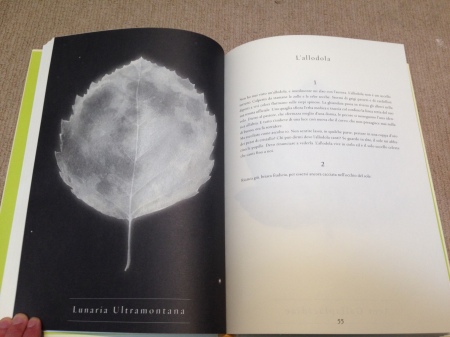 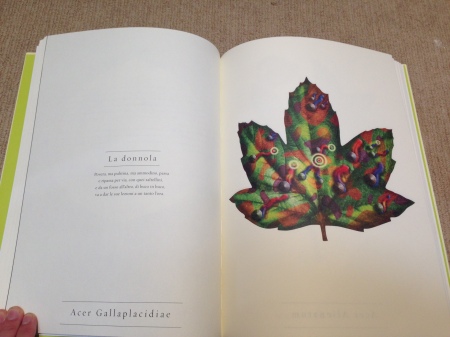 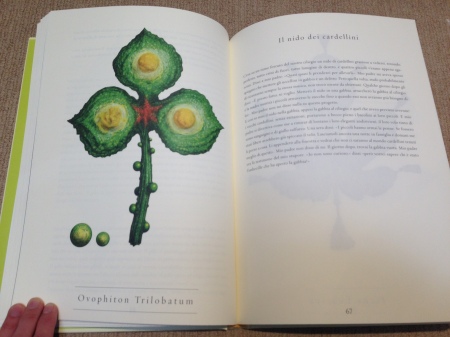 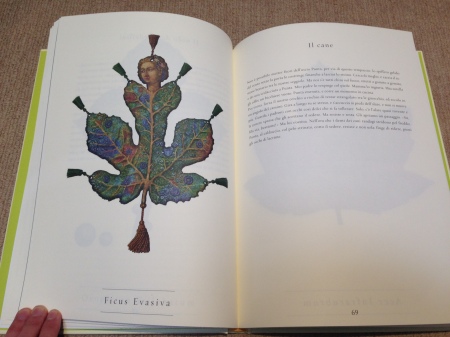 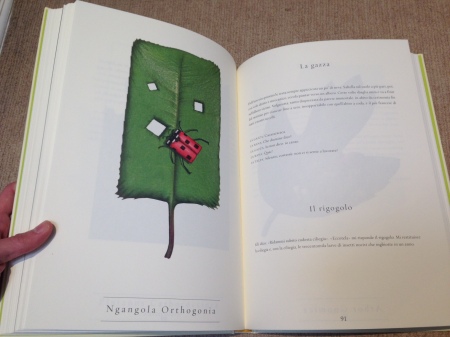 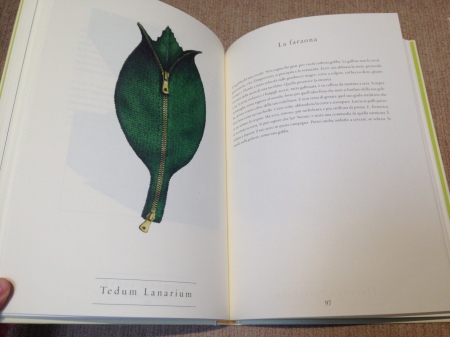 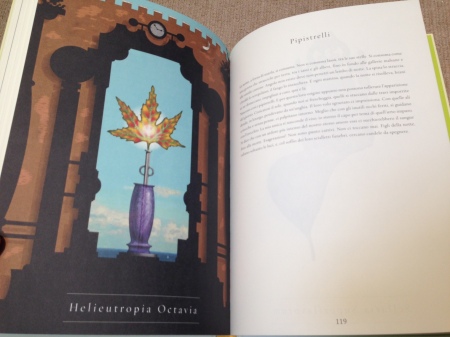 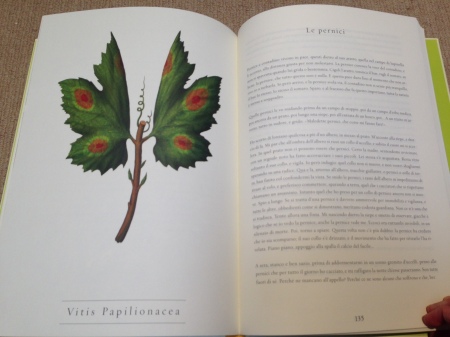 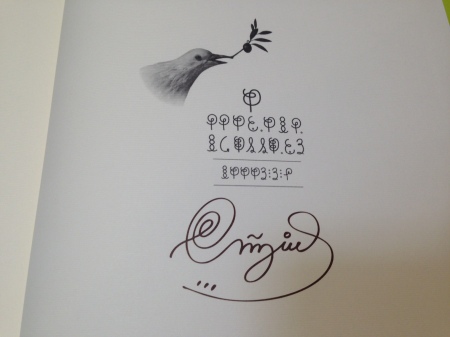 The final page written in Serafinian, the imaginary language of the Codex, and contains Serafini’s signature, also in Serafinian. (Some have suggested that the signature is the key to unlocking the labyrinthine language!)

2 thoughts on “Storie Naturali: The Weird and Wonderful World of Luigi Serafini”