Spirals are a common shape found in nature, as well as in sacred architecture. In the natural world, we find spirals in the DNA double helix, sunflowers, the path of draining water, weather patterns (including hurricanes), vine tendrils, phyllotaxis (the arrangement of leaves on a plant stem), galaxies, the horns of various animals, mollusc shells, the nautilus shell, snail shells, whirlpools, ferns and algae. Look at a cross section of red cabbage and you will see spirals. Look at your fingertip, where you would make a fingerprint, and you will see a spiral. Even the shape of your hair at the crown of your head…a spiral. Spirals seem to permeate many diverse natural formations: inorganic and organic, lifeless and alive, non-conscious and conscious.

Perhaps because of their prevalence in nature, and because of the sacred quality that humans attribute to nature, spirals have been used in a range of religious and sacred architecture. At the archaeological site of Mitla in Oaxaca, Mexico you can see this. Mitla (or the place of the dead) was a site of great religious significance in the Zapotec civilisation. I went to visit Mitla on a trip to Mexico and I found the intricate geometric patterns carved into the palace building to be absolutely fascinating. One repeating pattern was the spiral. My tour guide told me that the spiral signified both the wind and the feathered serpent deity known as Quetzalcoatl, an important deity in all Mesoamerican cultures. Indeed, further research confirmed that the motif behind these geometric patterns was Quetzalcoatl, a deity which the inhabitants of Mitla believed they were descended from. 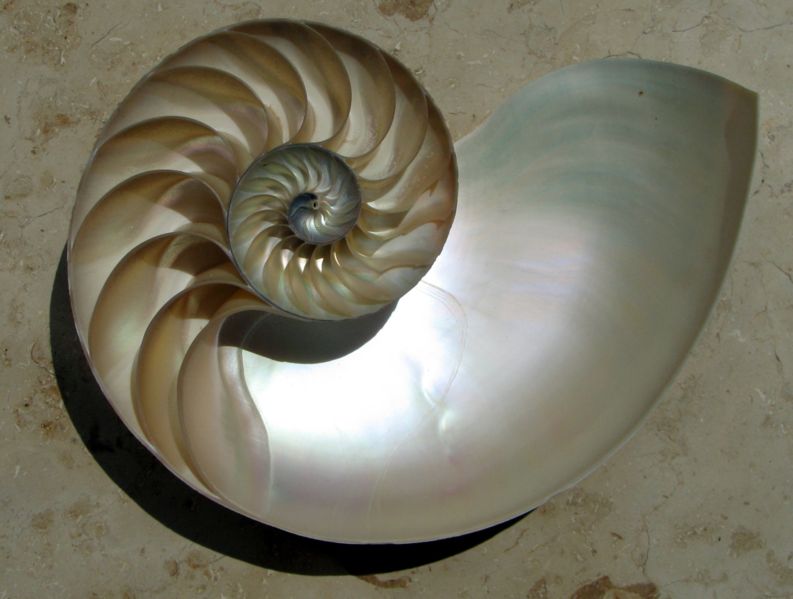 Another famous example of a spiral used in sacred architecture is the Vatican Museum’s spiral staircase. And yet another impressive example is the Great Mosque of Samarra. The ‘triple spiral’ is a pre-Celtic and Celtic symbol found on a number of Irish Neolithic sites, most notably inside the Newgrange passage tomb in County Meath, Ireland (built around 3200 BC). The exact symbolic meaning of the triple spiral for the pre-Celtics is unknown, since writing had not been invented yet. However, since the spirals are found in a tomb, it is likely that they possessed a sacred quality. Some suggest they represent the cycle of rebirth (as indicated by their presence in the tomb), while others suggest it is a symbol of the mother goddess (perhaps indicated by the fact that nature – i.e. the mother goddess – is full of spirals). Spirals are also found throughout Pre-Columbian art in Latin America and Central America. The spiral is an ancient symbol for growth and evolution.

Of course, spirals are often employed in non-religious architecture, art and design as well – it is a shape which has a special aesthetic quality for humans, probably because of its affinity with nature. What is mind-boggling, however, is why nature repeats this shape in different formations – why do we find spirals both in flowers and in galaxies? Surely it can’t be just a coincidence. So is there a scientific reason for this deep connection? Or is it still a complete mystery? To answer these questions, it will be helpful to look at three different examples of spirals in nature, as they exist in the universe (galaxies), in organic molecules (DNA) and in biological organisms (such as the nautilus shell, along with many other examples). 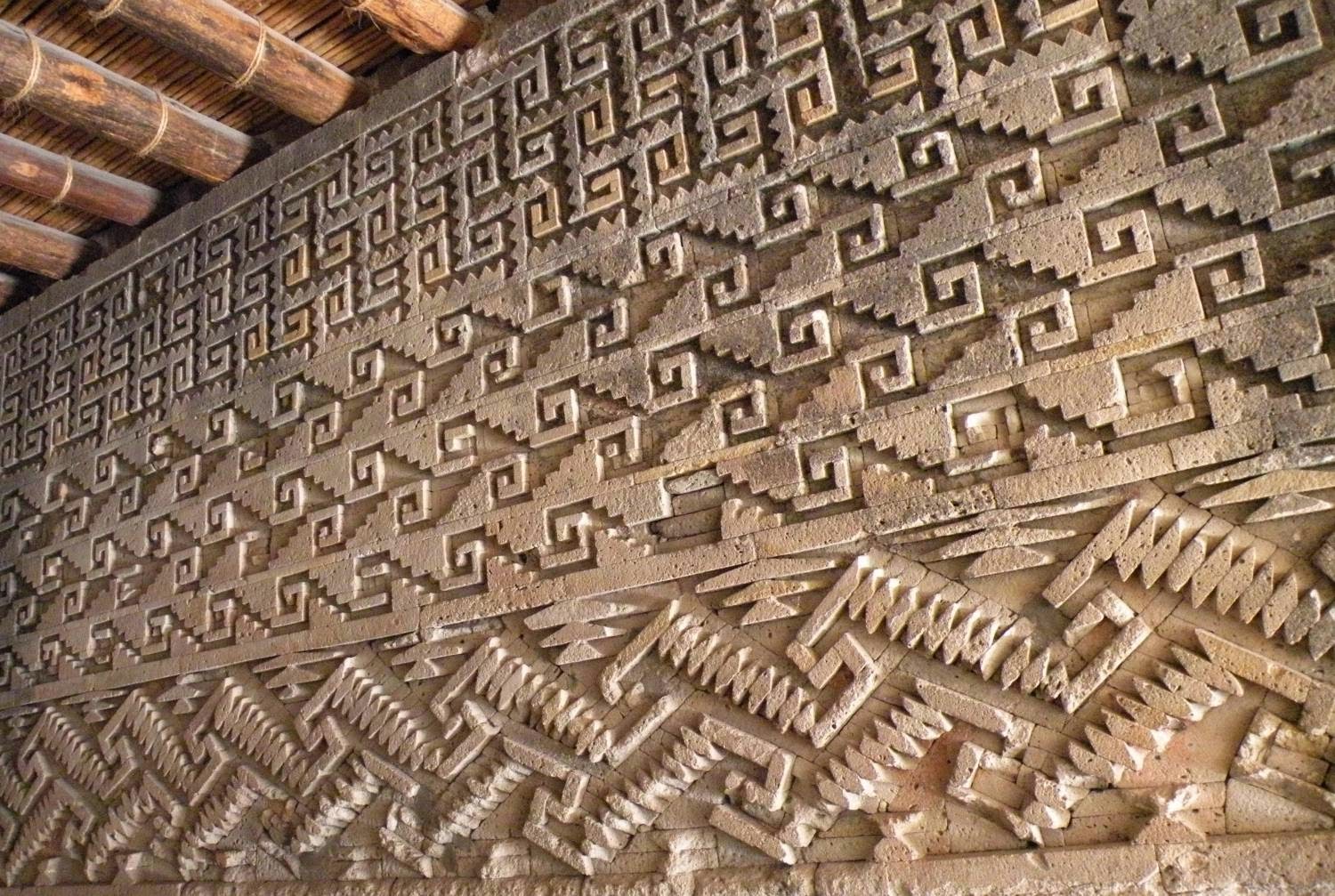 As this article points out, supercomputer simulations have shown that the spiral arms of galaxies are not transient, random formations, but are “self-perpetuating, persistent, and surprisingly long lived.” The spiral structure is not just a chance happening. Spiral galaxies are probably the most common form of galaxy in the universe (our own Milky Way galaxy is a spiral galaxy). The spiral structure is formed due to stars inside the protogalaxy developing at different intervals. The resulting gravitational differences turn the protogalaxy into a rotating disc. Additional differences in gravity then create the spiral arms. Therefore, it is the motion of rotation (plus gravitational differences) which creates the famous spiral shape. Conversely, when a protogalaxy’s stars develop at the same time, an elliptical shape is formed under the force of gravity.

The reason why the DNA molecule is shaped as a spiral comes down to what it is made of. DNA has three parts: sugar, phosphates and bases which are linked together in a particular way. What makes DNA a spiral has to do with whether these three parts are water soluble (whether they can dissolve in water). The sugars and phosphates are water soluble, whereas the bases (the famous A, G, T and Cs) are not. But most of space within cells is filled by water, so these water-insoluble bases have to find a way to exist within the cell. This is where nature shows its ingenuity. The bases become water-soluble once they attach to a sugar and a phosphate, which forms a ‘nucleotide’, the building block of DNA. To avoid water, the bases have to position themselves in the centre, with the sugar and phosphate outside.

However, if the bases just stack themselves, this will leave spaces between the bases where water can sneak in. This space needs to be covered up. One way to cover up this space is to bring in another chain of sugar-phosphate-base, forming a straight ladder. This is one of the reasons why DNA is double stranded. However, this will still leave holes between the bases. To cover these up, the ladder gets skewed to one side, turning the ladder into a staircase. Now while this does cover up those remaining spaces, it creates a new problem: this skewing to one side means that neighbouring atoms bump into each other. To avoid this, the staircase has to twist a little bit, which turns the staircase into a spiral staircase. So there we have it. The famous spiral staircase shape of DNA comes down to bases finding the best way to avoid the water inside cells and to prevent the sugar and phosphate by the sides of the bases bumping into neighbouring atoms.

The nautilus shell is more specifically a logarithmic spiral, a self-similar spiral curve. It is self-similar because it is the same shape at difference scales. This is the kind of spiral most commonly found in nature. Other interesting natural phenomena are close to being logarithmic spirals, including the approach of a hawk to its prey, as well as the approach of an insect to a source of light. But let’s focus on the nautilus shell and other cases of logarithmic spirals in biological organisms. Why this shape? It is argued by many that logarithmic spirals are so common in biological organisms because it is the most efficient way for something to grow. By maintaining the same shape through each successive turn of the spiral, it is argued, the least amount of energy needs to be used.

Plants may display logarithmic spirals, usually in the form of a Fibonacci spiral if based on the ‘Fibonacci sequence’; the Fibonacci spiral itself being an approximation of the golden spiral, which is based on the famous ‘golden ratio’. This is because the ratio between successive Fibonacci numbers is approximate to the golden ratio. Fibonacci numbers are also abundant in nature; just try counting the spiral arms in a sunflower and you can see this for yourself. Plants have made use of spirals in order to ensure that its leaves have the maximum exposure to light or to ensure maximum seed arrangement. Spirals are effective at achieving this. Each new cell in a plant is formed in turns, so how much of a turn should you have in between new cells? If you don’t have a turn at all, you get a straight line, but that is a very poor design, since it involves many gaps.

The best solution to this problem is the ‘golden ratio’ which creates a round shape with no gaps in it – the sunflower discovered this purely through the process of natural selection. The golden ratio works because it is an irrational number, meaning it cannot be turned into a fraction – in fact it is as far as you can get from being near any fraction! If you chose any other ratio which was a simple fraction you would eventually get a pattern of lines stacking up, and hence many gaps. Leaves, branches and petals may also grow in spirals so that leaves don’t block the sun from older leaves or so that the maximum amount of rain reaches the roots.

In many cases, therefore, spirals exist in biological organisms because of the principle of parsimony – a scientific principle which says that things are connected or behave in the simplest or most economical way. Spiral staircases are built for this very reason; they are the easiest way to walk from one floor to the one above it. In addition, building a spiral staircase uses the least amount of resources and they take up the least amount of space.

In conclusion, nature is full of spirals, at different scales, and for different reasons. Logarithmic spirals exist in formations such as galaxies and weather patterns because the interplay between physical forces and matter tend towards that shape, while they also exist in formations such as shells and plants because that is the most efficient way for them to grow. Imbedded in nature is the language of mathematics. This partially explains, I think, why the spiral was such an important and sacred symbol in many ancient cultures. It probably also explains why spirals are still used today in art, design and architecture. We first recognised the mathematical beauty of the spiral (and its proportions) in nature and then drew on this as inspiration for our own aesthetic creations.

One thought on “Why Do Spirals Exist Everywhere in Nature?”